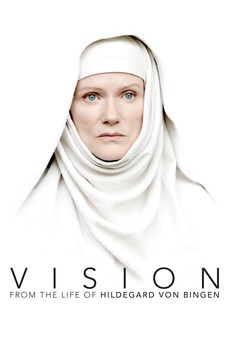 Vision – From the Life of Hildegard von…
JustWatch

Vision – From the Life of Hildegard von Bingen

Hildegard von Bingen was truly a woman ahead of her time. A visionary in every sense of the word, this famed 12th-century Benedictine nun was a Christian mystic, composer, philosopher, playwright, poet, naturalist, scientist, physician, herbalist and ecological activist.