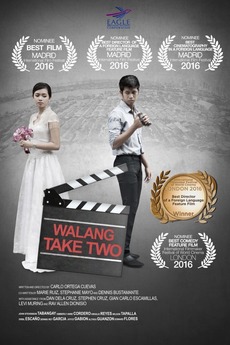 A frustrated, ambitious, self-centered and narcissistic filmmaker named Hapi has finally finished writing the screenplay of his first ever indie film which he believes is a masterpiece. Overeager, he enlists the help of his best friends, the comical Caloy and the voice of reason, Onyok, to make his dream movie. The only problem is, they have no budget to produce it.Residing in a poverty stricken community that is highly dependent on the Indian 5-6 cash loan system, which includes his own sister Rowena, Hapi, out of desperation, finally resorts to borrowing money from the community’s main Indian lender, Alfajor. However, things become worse for Hapi when his nemesis, the neighborhood midget thug named Oblax, steals his borrowed money. Deep in debt, burdened by his father, his dream movie project put on hold, and a seemingly bleak future with his current love interest, Cherry.

More at TMDb Report this film