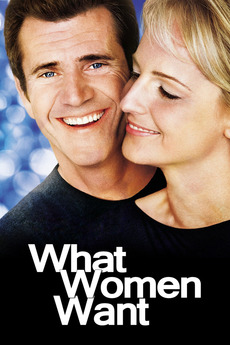 He has the power to hear everything women are thinking. Finally... a man is listening.

Advertising executive Nick Marshall is as cocky as they come, but what happens to a chauvinistic guy when he can suddenly hear what women are thinking? Nick gets passed over for a promotion, but after an accident enables him to hear women's thoughts, he puts his newfound talent to work against Darcy, his new boss, who seems to be infatuated with him.

A list of films directed by women, in alphabetical order by director. To make the list manageable, I'm adding 1…