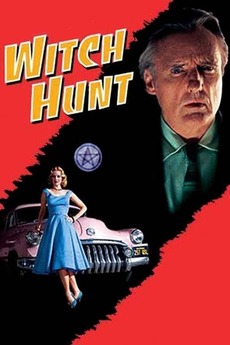 Detective Philip Lovecraft lives in Los Angeles in the 1950s when an ambitious Senator is holding hearings, on Magic. Magic is the new influence in Tinsel Town. Lovecraft is unique in that he is the only one who refuses to use magic in his work. Shortly after he is hired, he finds his client, Kim Hudson, accused of the murder of her husband, a film executive. Philip uses the talents of a local witch, Kropotkin, to explain what is happening only to see her accused of the murder and sentenced to be burnt at the stake. Reminiscent of Roger Rabbit, without the toons.

Lovecraft, Lovecraft-inspired, and Lovecraftian. Compiled from my own research, Lurker in the Lobby, and various sources around the internet.

Season of the Witch

A list of witchery, Satanic cults, paganism, and Magick in a contemporary setting. Also added are a few titles with…

The book "Are you in the House Alone", edited by Amanda Reyes, is 330 pages chock full of television movie…