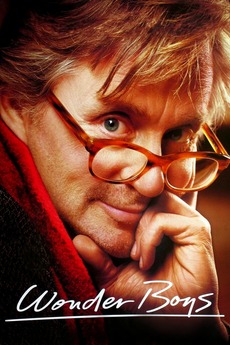 Grady is a 50-ish English professor who hasn't had a thing published in years—not since he wrote his award winning 'Great American Novel' 7 years ago. This weekend proves even worse than he could imagine as he finds himself reeling from one misadventure to another in the company of a new wonder boy author.