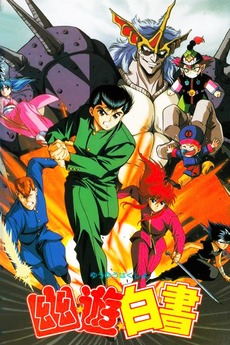 While vacationing, Koenma is kidnapped by a pair of demons known as Koashura and Garuga, who demand the possession of Lord Enma's coveted "Golden Seal." Botan finds Yusuke Urameshi and Kazuma Kuwabara on their summer vacation as well, and asks for their assistance in Koenma's rescue.