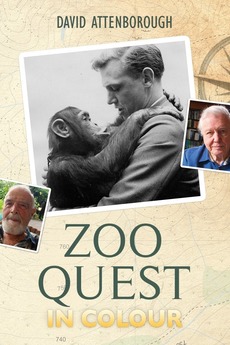 Thanks to a remarkable discovery in the BBC's film vaults, the best of David Attenborough's early Zoo Quest adventures can now be seen as never before - in colour - and with it the remarkable story of how this pioneering television series was made. First broadcast in December 1954, Zoo Quest was one of the most popular television series of its time and launched the career of the young David Attenborough as a wildlife presenter. Zoo Quest completely changed how viewers saw the world - revealing wildlife and tribal communities that had never been filmed or even seen before. Broadcast 10 years before colour television was seen in the UK, Zoo Quest was thought to have been filmed in black and white, until now. Using this extraordinary new-found colour film, together with new behind-the-scenes stories from David Attenborough and cameraman Charles Lagus, this special showcases the very best of Zoo Quest to West Africa, Zoo Quest to Guiana and Zoo Quest for a Dragon in stunning HD colour.

This list is mostly used by myself to keep track of the real number of movies I've logged on Letterboxd,…

I had no intention of bandwagon jumping or forcing films on myself that I wouldn't ordinarily watch, I mean I…