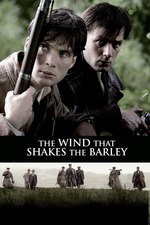 Anyone who knows me or has been following me for a while knows that my first and only other experience with master filmmaker Ken Loach, 'Kes', changed my life, film-watching-wise. And so, obviously, I had some pretty high hype levels for this Palme d'Or winning effort from him.

Happily, at least from a perspective of appreciating it for its impeccable filmmaking, those expectations where awesomely met. The cinematograpy is luscious and beautiful despite the quite grim story, and the performances (especially a standout one from Cillian Murphy) of the well-written characters in the said story where pretty freaking amazing.

I wasn't, however, as affected by it I really should have, but it also feel almost like it could just be one of those films where it takes some time to properly set in. So to end: It's no 'Kes experience' (Few are), but it is an amazing one none-the-less.
(Full film on YouTube!)