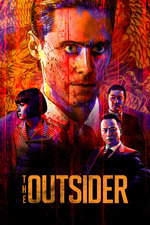 film that has been sitting my netflix list for some time. I finally got to it.

Film is setting after the end of WWII. And follows the story of Nick (played by Jared Leto) American POW, who stays Japan after the war. While in prison he made friends with Kiyoshi (played by Tadanobu Asano) a member of the Yakuza. Kiyoshi offers Nick and job. He works his way through Rituals and hardships of the Yakuza, to become a member of the crime organisation.

There was a lot to like about this film. I liked the story and how we got to see the inter workings of the Yakuza. He rises through bthe ranks and him finally becoming a member, was fascinating.

The fight and actions scenes were well done, in many ways it kind of felt like the Japanese version of godfather.

All the acting is solid here, I thought Tadanobu Asano was really good as Kiyoshi. And of course the standout is Jared Leto, he gives a subtle internal performance, doesn't say a lot but when he does it has power. He really looked the part and was a good way for the audience to experience the Yakuza, through his eyes.

I felt the film had the partencail to be a real look at someone non Japanese, working his way through the ranks. But it seem to rush through it rather than, it being the main focus. I felt it got weighted down with everything else. At times it just felt like it was flounder around, not enough clear direction. With a run time of 2 hrs I felt it could have done more, that it did.

Overall a interesting movie, that just wasn't as good as it could have been.