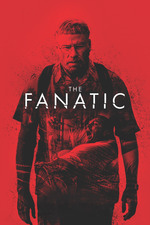 This is an actually good movie.

I know this was the Critic Approved™ movie to shit on for a little while, but there's actually a lot of interesting stuff going on here.
Moose and Hunter are both genuinely interesting characters, and while comparisons have been drawn between Travolta's performance in this film and his performance in Gotti, his portrayal of Moose has a commitment and believability that his Gotti performance lacked.

It's not a masterpiece by any stretch, but it's a fun little thriller that definitely doesn't deserve all the derision it received.

I can't help but feel most of the bad reviews for this one came from the combination of the names Fred Durst and John Travolta meaning that nobody actually gave it a fair shake.

You're all robots! Get your own opinions!