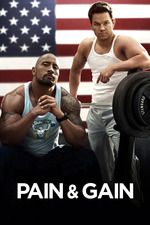 back then, I didn’t like Michael Bay at all, back then I had shit taste. i was a nerd. i was a loser. most importantly i liked movies, one of the biggest L’s i have had in my life right after being born. kids at school saw me, they be getting the door for me but i never said thank u cuz i was such a loser. however this one day I met this white chick at school who liked me, she asked me to follow her to the bathroom and she gave me head. that moment changed my life...for the better. from that moment on, I felt like a new person. i didn’t have shit taste anymore, i had good taste and i found my place in the world. which is to lead a nation called fireology.

when I made fireology a cult that’s the study of fire striker, I met a familiar face and I realized who he is...Michael Bay. he wanted to join fireology. I was about to laugh at his face and walk away home but I saw this DVD in his pocket. It was a pain and gain DVD and he wanted me to watch it. So I watched the movie and I immediately welcomed him to fireology.

Pain and Gain is a movie that only people with big dick and have lost their virginity can understand. it’s the epitome of real cinema and straight up proves that Bay is capable of making a great movie(even though he has done this before with bad boys 2 but idk guess mfs wanna jack off to their dumb incel reddit flicks bout loneliness and not finding love. go outside, this movie is not for you and is for cool people) It’s a movie that’s right up my ally. This is the peak of Mark Wahlberg, The Rock and Bay’s career, they couldn’t have been any better. Really helps that the entire cast embrace not only Bay’s hyperactive vision but also the ridiculousness of the story which actually makes the cast feel energetic just like the movie. The movie strikes such a perfect balance between hilarious and actually lowkey frightening. I can tell and I am 100% sure that this is Bay’s most passionate and ambitious film since there's some unbelievable maximalism that adds to the ideas he is setting up and all of the elements that bay adores and uses in all his other movies are display here like his hot girls, his stupid, muscular guys like me and dark sense of humor, the insanity. it all comes together perfectly like madlib collating with MF DOOM  to create his exaggerated but interesting perspective on america, which is america being dumb and loud(name a better way of approaching a movie about greed and toxicity in america then being dumb and loud just like americans[I am revising this at the moment and as an American I don’t know if that’s a good or a bad thing]) this precisely fits in the narrative of people chasing after the "American Dream".

pain and gain is actually a surprisingly strong critique and a painful tragedy of a segment of American culture and its broken systems of wealth and power. The reason why it’s song and works so well is because the audience are baited into laughing at the “heroes” for wanting to be rich af and powerful and attempting to reach these goals in horrible and idiotic ways but what made our “heroes” have those twisted desires is the judgement the characters face at every turn; the humiliation of being poor, undereducated, or having been incarcerated. Bay shows that by putting you into the lives and mindsets of their characters using Bay’s over the top, in your face and brutal style and it works and fits just as well as like putting on clothes ur size(i was gonna make this a sex joke but i made too many and i am a mature man now). even achieving the dream doesn’t make you less fucking empty. michael bay brushes his paintbrush slowly and slowly then show u a painting a portrait of true betrayal, someone who destroys literally everything that means anything in their lives for the sake of an L smh. It completely represents the toxicity, which is why I think the insanity of the movie works since it properly reflects Danny Lugo and the Sun Gym Gang. That whole vibrant, really fluent and overly colorful style that actually gave me some Miami Vice vibes made me nut.  At the end of the day, I couldn't get enough of pain and gain, it’s so hilarious and such an aggressively stylised experience. so watchable and quotable too. how did filmmakers let michael bay, michael fucking bay. the man who made the transformers films. make a movie that’s better than their whole careers. i ain’t saying names but 👀👀👀👀.

this is the American dream for so many, feeling devastated and having no strong connection anything besides money that can flash in a blink of an eye at any second. all that money but u don’t smile. failure and false hope allows people to think they can fulfill in it but the dream itself has died and we will all die leaving unfulfillment lives with people crowding with us trying to fulfill that dead dream. was the dream worth it? yes i think so cuz i wanna be hot like these mfs

I am proud to admit that I am a doer and part of the pain and gain nation. This is real cinema and objectively an amazing movie. If you disagree, you just jealous that I know cinema more than u and that god granted me with better taste than you. 🙏