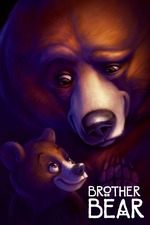 Even though the story wasn’t that compelling the beautiful colours made up for it. This film is beautiful and feels like it could be dedicated to Bob Ross haha. All the mountains, trees, rivers and clouds look like something straight out of a Bob Ross episode. I could definetly see myself rewatching this since it is such a good looking film. I feel like it is more important then I have previously thought to have good looking films and this film made me realize that. Take Solo: A Star Wars Story for example, the film has a decent story and some great actors in it but the first half of the film was so dark that I almost couldn’t see what was going on. I feel like that film lacked in colours and suffered greatly as a consequence of it.

Im feeling light 3/5 to a strong 2,5/5 on this one, Whats your thoughts on this film?
You’re the best You’re the best! See you next time.