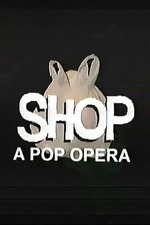 Shoutout to @tomas_thomas for the request.

Here's another experimental short film by Jack Stauber. This time, he takes something mundane like going to the groceries, and puts an existential spin on it. Consumerism has not only given us an overabundance of products, but it also makes buying said products a part of our identity. Like how the coffee-shaped woman is obviously addicted to coffee, or how the bread-shaped man only buys the fanciest bread in town (but buys the not-as-fancy Artisanal bread for his offscreen dog). There really isn't an overarching theme to this (other than a possible satire of consumerism, but that's debatable), but its still an enjoyable watch. As always, Jack Stauber's music is excellent.

Our unnamed protagonist's daydreams take the form of a minute-long music video, in which the animation is a blend of surreal horror and surreal comedy. Its the kind of thing you'd come to expect from both Adult Swim and Jack Stauber. There are quite a few close-ups of grotesque faces in this, which remind me of John Kricfalusi's work.