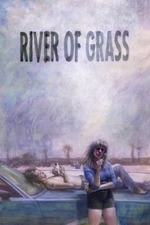 Incredibly inspiring as a debut feature. Lots of interesting stylistic choices; the feverish drum solo, inter-cutting with the characters inner turmoil being displayed; the narration of building Cozy's character with still images on the screen from her youth; the weaving of three separate narratives that slowly becomes two and eventually one; treating the characters with an apathetic distant, yet not sacrificing sentimentality/relatablitiy; a smooth free-form feel that feels caught in a limbo of Jazz, reality, fantasy, and Malick. This was my first Reichardt, and I'm excited to continue through them chronologically. The opening 30 minutes was bordering 5 stars, and the last 5 was the perfect ending, but that other 40 minutes, while being a breeze to watch, wasn't quite as enrapturing. Still, very much worth checking out, especially, I think, for aspiring filmmakers. I love a cheap movie that shows how effective you can be with so little.

One side note; I've seen many people say this is a movie about stupid people, and I think that's unfair to Cozy. Her husband, her father, and her partner-in-crime are all imbeciles, but she isn't. She actually often has the right idea (when applying the rationale of the situation she believes she's in), but she lets the men around her still dictate her life, and it's a beautiful journey to see her slowly regaining her freedom, and seizing her individuality, and dreams. Strong work overall.