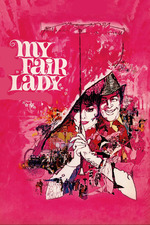 There is an important distinction to be made between the Marxist definition of "class" and the more general manner in which the term is used. To a Marxist, "class" refers to a specific, scientific category, an objective definition. "Class" refers to a relationship more than anything else. We speak of a ruling class, meaning the class that controls society and exploits the other classes. We speak of the capitalist class, meaning the group of people who live off the exploitation of the working class. We speak of the working class, meaning those who work for a wage, who work for the capitalist class (or pretenders/aspiring capitalists, the petty bourgeois, or small capitalists) and are exploited through the theft of the money they generate through their work.

In common parlance, "class" refers to an amorphous place in society, upper, lower, middle. The upper class are usually rich people, or people who rub elbows with the rich. While these would often today be capitalists, often times the term gets applied even to those who are just inheritors of feudal wealth or nobility, or to very rich petty bourgeois people. Middle class is perhaps the hardest to define, as even in common parlance, this category is disappearing. It somehow refers to petty bourgeois (small business owners, executive management, moderate landlords), any worker who leads a comfortable or semi-comfortable lifestyle, or even just someone living in the suburbs, to name but a few random inexact examples. And the lower class is just anyone the media and culture want you to think of as less than.

Eliza Doolittle is a worker, surviving on selling flowers. The film (and the original play) posit her social position as a matter of lack of education (specifically on language and habits) which prevents her from better employment. It suggests upward mobility is possible by dint of training alone. Henry Higgins is an asshole. He's from the upper class, evident in his cruel behavior, and his only friend is a man who shares his passion for language--and who spent time as an officer in the occupying army oppressing India. He's shown to be a good person, in spite of his history of genocidal activity? Anyway, class is portrayed as a result of a combination of breeding, wealth, and education rather than objective economy position.

This doesn't necessarily make the film's messaging totally worthless. It simply should be taken in context. Because the depiction of class tracks more or less with common parlance, it does help us understand aspects of oppression and human behavior. Notably, it culminates in the conflict between Eliza and Henry wherein she calls him out for how he treats her (and everyone else). He is brutally honest, indicating exactly what he desires of her. There is no resolution between them; he's going to remain an insufferable ass. But the conflict emphasizes the way in which the idea of class contaminates their interactions.

The film's approach to gender is... better. Eliza's demand for recognition for her work is reflective of the manner in which women's labor is often invisible, relegated often to unpaid work, and never recognized in ways it should be by the capitalist class. And it never will be, because they profit off its being invisible, unpaid, and unrecognized. So Henry Higgins and Eliza Doolittle's relationship reflect women's role in capitalist patriarchal society. Her demand for recognition, for being seen, is part of the wider struggle for women's work to be valued. It gets muddled at the end as she suggests seeking for some form of petty bourgeois respectability (and really, this is all respectability politics), but the essence of her argument for recognition is that of the working woman.

Politically, this is a complicated but not-quite-there film. It tackles subjects of importance but fails to get the answer right. However, it, like many musicals, is superb at channeling the emotions mixed up in these subjects. The callous cruelty of "You Did It" and anything Henry Higgins sings about women (laying the foundation for Higgins/Pickering fanfic better than if they literally kissed) show the capitalist view of workers and women, taking all the credit for our labor and wanting us to assimilate into their world and just live with it. Hepburn's performance during "You Did It" conveys everything you need to know. "Wouldn't It Be Loverly" is a heartbreaking expression of the desire for something just a little less cruel; it contains some petty bourgeois imagery, but the spirit of it is a desire to not live in abject poverty.

And "On the Street Where You Live" and "Show Me" have nothing to do with class or gender (well, not as much as others), but do evoke love and desire in a fantastic way. Yes, they are schmaltzy, corny, over-the-top showtunes, and yes, that is why I fucking love them. And that is why I love the whole goddamned movie, really. But the analysis is fun to do anyway.

It would be remiss to review this and not touch on the unique morality of Alfred P. Doolittle. Alfred is leech of a different sort, someone who gets by on cunning, exploitation of his fellow workers, trickery, and opportunism. He is a stereotype of a lazy, cruel lower class conman, but he expresses his position succinctly: he can't afford to be anything else. This is not given the weight it deserves in the film; this is pretty much exactly why people resort to crimes against other workers. Of course, selling your daughter to anyone, much less a man like Henry Higgins, is unforgivable, even in the absurd context it occurs, but the acknowledgement that the desire to simply survive is his real motivation is meaningful. What's more significant is his disgust at the idea of respectability. This is the appropriate response by the working class to (petty) bourgeois respectability, to becoming like our oppressors, to being expected to behave like the tyrants above us. It's never expressed in this manner in the film (it's a punchline, really), but it's heartening to see at least one character reluctant to be up-raised into the exploiting classes or their social echelon, anyway.

Also, "tell her I'm the one who was snaffling at her" is among the funniest things ever said in a film.