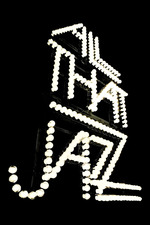 Greatest, largest most personal movie spectacle ever made. An inimitable epic lauded below other cinema only because of our culture’s deep misunderstanding of movie musicals.

Movies should really be musicals most of the time. We’re just so campy about them as a culture that it’s almost always embarrassing. How is there no other movie musical that even approaches this sort of existential grief? Why aren’t musicals allowed to be 2001? Why did our timeline lead to Frozen 2’s only? If things had gone right, Chris Nolan‘a Inception would’ve  been a musical, maybe! I don’t know, maybe that’s not my point. Huh? The virus, idiot!

Anyhow, Bob Fosse gets it right. Seems like a pretty bad guy, though.