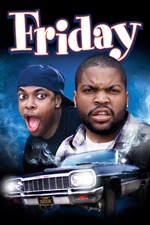 Chris Tucker being the highest paid actor in the world for “Rush Hour 2” was one of the first factoids I ever knew as a young boy.

So YOU KNOW that during the credits, I turned to Mike (friend, watching it with him) and said, “Did you know Chris Tucker got paid 20 million dollars for Rush Hour 2? He was the highest paid actor in the world.”

He nodded or maybe replied. Awesome!