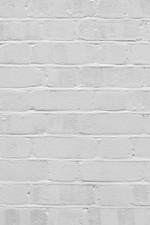 Sorry for worrying you, guys. I was going through some heavy emotions at the time and I could hardly control myself. However, I feel a lot better now even if my heart is still a little hurted. I will heal tho.

Anyways, I talked to my dad after many months of ignoring his calls. And I wanted to finally come out to my dad on this special month.

As you can assume, I like men and women. Not to the same extent, however. My attraction for men is one that is somewhat rare, which is why I joke about being a straight bisexual because for the most part, I simp for women lol. Both trans and cis.

I also... have been a little unsure about my gender identity. It's not completely confirmed, mind you. I still need a few months to think about it. But I have been fantasizing about the idea of being a woman a few times in these months and now I wanted to explore this idea by having my friends calling me by my female name and she/her pronouns. Also, if you are wondering, I do not think I have gender dysphoria. I don't feel particularly super uncomfortable when I get referred as a guy and I don't have this strong persistence to change my whole body for the moment. While for the most part, transpeople do experience gender dysphoria, I learned not all of them do experience it and instead, they go through gender euphoria, which is the joy you feel about having your gender identity validated. So for now, you can refer to me as a she.

But anyways, I told my father about my sexuality but not about my gender identity yet because it's not concrete enough. And sadly, his views for the LGBTQIA+ are rather conservative (Doesn't agree with same sex marriage, thinks transwomen are men, thinks gender identity and sexuality besides cis and straight are "confusion", etc.) And I am not exactly surprised knowing my father but it's good to know what are his exact thoughts. He still agrees on letting them live their lives though so that's good, I guess.

I am not sure when to tell my mother but I'll have to think about it more.

Also, I love you, guys. I deeply appreciate that you guys worried about me and for letting me know that I am not completely by myself in this world. I honestly was rather afraid that I was slowly disconnecting from everyone and it's good to know that our relationship will still be alive for a little while.