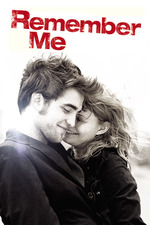 EDIT: okay now im sad because like it was so unexpected and they tried to replicate how life was like during this event but i’m still conflicted on the fact that they used 9/11 as their ending. like it really adds to the sadness and the shock factor of the movie but it just feels a bit insensitive ngl. though when i saw his notebook on the ground, i felt so upset. i thought the ending was so random though? like there was so much build up with the relationship and the family and they just ended it like that..? it’s definitely shocking and upsetting but at the same time, it feels like lazy writing.

EDIT #2: TAKE BACK EVERYTHING I SAID, IM EXTREMELY SAD. HE DESERVED THE WORLD AND IM SO UPSET THAT HE DIED LIKE THAT. IM A WRECK OH MY GOD