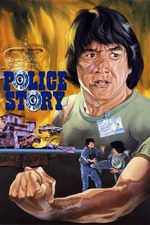 Jackie Chan is indisputably one of the greatest movie stars of all time. Featuring some of the most vivacious and eye-opening stunt work in movie history, likely only topped by Jackie himself, Police Story is two hours of proof that Jackie is in a league of his own and is probably one of the most entertaining movies ever made. Jackie Chan had what Charlie Chaplin had. A true capital G Genius of the silver screen. It's a shame that Hollywood never truly knew how to use him well in their movies, which speaks both to their incompetence and their racism.

Beginning of the Great Revival