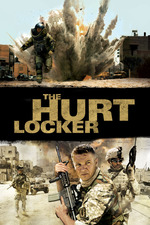 I get the point of the commentary of this film, but in the end it still just shows brown people dying, being seen as the enemy, being threatened by a white man with a vendetta for a kid that wasn't even the one he'd grown partial to, and all while they're the ones suffering most being killed and bombed and attacked by us and maybe we wouldn't have so many traumatized and war-obsessed men if we............... didn't send them there to begin with......... and I know I'm going big picture and more than Bigelow could fit in a single film etc. but my point is it's just. No thanks.

Elvira, Mistress of the Dark