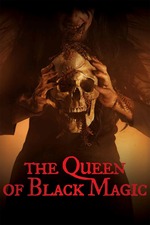 The Queen of Black Magic

There's a lot of great elements about this one, creativity on the gross horror side of things, the acting is good, but when it comes to the plot it just sort of falls flat/has more questions than answers.

Why was one girl on the bus of kids not affected by the magic that spurred the others to kill themselves? Why did she get hit by a car, die, then revive just to tell plot information? Does the Queen of Black Magic just like the drama of it all?

On the one hand, they made it evident the initial idea that a disabled woman was the bad guy was false, and that the real one was the pedophile old man running the place who assumedly coerced a bunch of kids into believing she was evil and helping him hide the body. On the other hand, they made a woman with significantly darker skin than the rest torture namely women who had nothing to do with it throughout the film, and children who didn't either, all to supposedly make their fathers suffer (who again, didn't apparently know about the pedophilia and were children) who.... didn't seem to remotely suffer as much as the women did. In fact one wife was suffering when her husband was already DEAD?

It's especially odd considering Joko Anwar wrote it, and his previous horror films have all had exceptionally well done women characters. I'm wondering if going back to watch the original, which I thought wasn't really related until the credits because the descriptions of the films didn't seem similar and the wiki said nothing about it being a remake/reimagining of some kind, will somehow make it more understandable why this felt so off.

Overall, it's not BAD by any means, but it's the weakest of all the Indonesian horror I've recently watched.