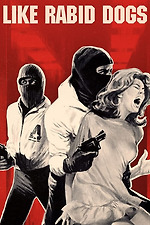 “There exists in Italy a secret force parallel to the armed forces, composed of civilians and military men, in an anti-Soviet capacity - that is, to organize a resistance on Italian soil against a Russian army... A secret organization, a super-organization with a network of communications, arms and explosives, and men trained to use them... A super-organization which, lacking a Soviet military invasion which might not happen, took up the task, on NATO's behalf, of preventing a slip to the left in the political balance of the country. This they did, with the assistance of the official secret services and the political and military forces…”

In the immediate postwar period, intelligence elements of the Western Union collaborated to create a network of “stay-behind” organizations across western Europe as a covert means of combatting potential Communist uprisings, be they Soviet or homegrown. These stay-behind groups, modeled after Churchill’s secret armies of the 1930s and 40s, were motley crews of far-right militants, industry titans and intelligence agents, working to maintain arms caches, clandestine money networks and to provide training in bomb making, firearms and subterfuge.

Throughout the 1950s, under the guidance of Allen Welsh Dulles’ newly minted CIA, these stay-behind organizations expanded their scope of operations. No longer content to wait for a Soviet invasion, the stay-behind groups in western Europe set out on an anti-communist campaign that would blur the lines between black ops, terrorism and organized crime. Due to their highly secret nature, the official story surrounding the stay-behind groups is, of course, full of holes. Attempts to fill these holes have destroyed the academic careers of respectable historians and filled with worms the brains of countless paranoiac stoners who dive down the rabbit hole only to learn that it has no end and cannot be exited. In fact, the very existence of stay-behind groups would likely still be entirely secret were it not for a series of front page scandals in 1980s Italy that would expose the unbelievable scope and brutality of the largest stay-behind network in western Europe, that of Operazione Gladio.

The utterly insane details of Operazione Gladio (Gladio being “sword” in Italian), reach far outside the scope of a Letterboxd review that will garner views in the low tens, but even cursory glances at Wikipedia entries and New York Times articles on the subject reveal outlandish truths: Bombing campaigns that claimed the lives of hundreds. Brazen daylight bank robberies that call to mind the violent climax of Heat (1995, Dir. Michael Mann). Kidnappings, senseless murders, assassinations, massive coverups, wealthy industry leaders and NATO officials collaborating in secret with a fascist masonic lodge called Propaganda Due (P2 for short)… all this and more can be found sticking to easily accessible above ground sources. If you’re willing to scratch just below the surface, a strong case can be made that the entirety of the so-called Anni Di Piombo, the Years Of Lead, an extended period of political violence and social upheaval in Italy that lasted from 1965 into the mid-1980s, to have been masterminded as a part of Gladio’s so-called “strategy of tension”.

The Anni Di Piombo was at it’s peak in the summer of 1976 when journalist turned writer/director Mario Imperioli unleashed his grimy ripped-from-the-headlines poliziotteschi film Come Cani Arrabbiati (Like Rabid Dogs) onto the world. Cani Arrabbiati details the exploits of three good looking rich kids (Cesare Barro, Annarita Grapputo and Luis La Torre) who don windbreakers and center-seamed balaclavas to commit robberies, home invasions, rapes and murders, and the jaded and cruel Inspector Muzzi (Piero Santi) who will stop at nothing to catch them. Cani Arrabbiati has long held a reputation in parochial genre circles for it’s unmatched brutality, vague left-leaning sentiments and abrupt ending but, outside of it’s soft anti-capitalism, little has been written on the deeper political truths that scream quietly beneath it’s bloody and bullet-riddled surface.

In most copies of Come Cani Arrabbiati that exist today, the film simply begins. There are no studio animatics or title cards. Upon pressing play, we immediately see two men in bell-bottom jeans and white windbreakers baring the U.S. flag-inspired logo for something called American Yachters. As audience members, we don’t technically know that these two men are part of a well funded gang of youthful sadists, but the promotional material for the film features the windbreaker and balaclava ensemble so prominently that it’s hard not to put two and two together. We close in on the two men from a voyeuristic distance, foreground and background squashed together by a wide zoom lens, as the pair observe the beginnings of a pro soccer match. A title appears on screen, three letters in a wide-set and vaguely militaristic stenciled typeface:

Cani Arrabbiati is desperately trying to tell us something.

A second or two later, of course, a subtitle fades in, revealing the C.I.A. in question to be the Cinematografie Internazionali Associate, the distribution company that brought Cani Arrabbiati to theaters, but still; as far as front-loading a film with potential symbolism (intentional or otherwise) goes, you could do worse than labelling these two goons as CIA. From here, we watch the two of them don their iconic ski masks, pull out their iconic Colt M1911s, and rob the stadium’s cash room, murdering a policeman before making their getaway in a waiting little Italian sedan driven by the beautiful Annarita Grapputo.

A smash cut, crash zoom and quick suicide-via-defenestration later, we’re introduced to Inspector Muzzi, one of the nastiest and least charismatic poliziotteschi leads to ever grace the schermo d’argento. Muzzi is not particularly handsome or good at his job. By Italian genre film standards, he’s kind of a schlub. Really the only cool thing about him is that he hates capitalists. The suicide victim, Muzzi learns, was the wife of the murdered policeman who tried to intervene in the stadium robbery. Muzzi doesn’t really seem to care.

The rest of the film more or less follows this A-B sequence. The windbreaker gang commits increasingly heinous crimes, Muzzi follows up on it with varying degrees of ineptitude. The gang rob a wealthy businessman and take a young woman hostage in a high-speed chase, evading police and torturing their captive before shooting her thrice in the stomach. Muzzi putzes around the crime scene. The gang rapes and murders the favorite prostitute of a wealthy businessman. Muzzi bullies his fellow cop girlfriend (Gloria Piedimonte) into going posing as a street walker in a fruitless undercover sting. He slowly builds a case against Tony (Barro), the son of a wealthy industrialist and leader of the windbreaker gang.

Canni Arrabbiati is very loosely based on true events. In September of 1975, a missing teenage girl was rescued, savagely beaten, from the boot of a car after a passing patrolman heard her muffled cries for help. A few days later, the body of another missing girl was found. The culprits? Two young men of high society with ties to neofascist political movements. The case was a sensation, even amid the extended bombing campaigns and public assassinations that seemed to occur every other month, and the relationship the killers had with the upper class and Italy’s far right political sphere didn’t go unnoticed. The motives of the killers was never fully established, but if you feel like going insane for a few days, it’s worth looking into the extenuating circumstances around the case in light of the information on Gladio that has been made public in the last 30 years.

In 1976, though, the far-reaching Gladio program was still top secret. It’s unlikely that Imperioli had inside knowledge of CIA-backed false flags or the strategy of tension at large, but something must’ve been in the air: The film implies that Tony is acting on behalf of his father, a politically connected businessman who speaks in theatrical fascist polemics. Inspector Muzzi brings irrefutable evidence of Tony’s crimes to his superiors, but he’s told to drop it. Time and time again, the wealthy sadists evade justice, all the while the crimes increase in savagery and brazenness. With every cruel act we see those fucking white windbreakers with that fucking American Flag. Tony’s fat cat father might be telling them who to rob, who to rape, who to kill, but the gang wears American flags, and shoot American guns while they do it, and really, that says it all.

That’s not to say Cani Arrabbiati got it right on purpose. It is, after all, poliziotteschi from the 1970s, so the requisites of the genre are mostly what you get: The soundtrack bangs. There’s at least 4 bottles of J&B. The blood is pomodoro red and flows by the bucket. There’s a lot of T&A in this film, but almost all of it is at gunpoint and none of it is fun. Despite the insane and unabashedly pro-union ending and anticapitalist sentiments of Inspector Muzzi, the politics of this film are surface level and exploitative (as they should be in an exploitation film.) The purpose of this film is not to expose the far-reaching conspiracy that saw the CIA teaming up with fascist militias to terrorize Italy in an effort to keep the population to the right of center. The purpose of this film is to show guys getting shot, cars driving fast and women taking their clothes off, but it makes that stuff as grim and bitter as it’s ever been. The vast majority of Italian genre cinema from this era was meant to serve as some degree of escape from the chaotic sociopolitical landscape of the time. Cani Arrabbiati spits it in your face.