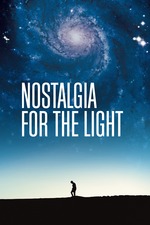 Nostalgia for the Light

Patricio Guzmán's Nostalgia for the Light is an insightful and poetic documentary about history and memory - it's focus being Pinochet's regime over Chile. Over the past year or two, I have seen two documentaries that have accessed a new approach to discussing historical and contemporary political and social issues. Sniadecki's El Mar La Mar and Wang Bing's Dead Souls. In a time when discussing politics is alienating people more than ever and discussing social issues seem to only find root in less sincere intentions, it's refreshing to find political discussion that is more in line with poetry and the heart. Nostalgia for the Light joins the two aforementioned documentaries in this new approach.

It's built upon juxtapositions which are where the poetry lies. By comparing the relationship between two seemingly unrelated subjects it actually discovers a wealth of insight. I believe its other strength is its focus on the environment - the Atacama Desert - which oddly (I genuinely was not aware of this similarity until writing this) is inline with El Mar La Mar's focus on the Sonoran Desert and Dead souls' focus on the Gobi Desert. A lot of political discussions become too concentrated on the cold and understood inner workings of man, and they tend to neglect the importance of space and environment. How history can be read from these environments, but also how it can be born from these environments.

I'm sure this documentary approach to the political that I'm discussing isn't all that new, or I at least hope it's not, but whether it is or isn't, I hope I can find more in this vein.