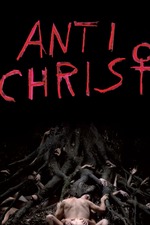 Lars von Trier's filmography thrives in the disturbing bleakness of humanity; the disgusting, morally bankrupt pieces of human nature resurface in all of his work. It only fits that Lars von Trier would make a horror film at some point, but it isn't a simple entry into the genre. Antichrist doesn't have a complicated narrative, but it merely exists to propel this overwhelming experience of anguish for 108 minutes. It doesn't intend to scare its audience with meaningless jump scares and fake suspense. The terror comes from trauma and the evils of humankind; it's depressing but uncomfortably visceral in its execution, capped off with an atmosphere that creates a constant sense of dread.

Every technical element of Antichrist comes together to create a one-of-a-kind experience in disturbing cinema, but the cinematography is without question the stand-out. There are plenty of shots throughout that are outright flooring, but the whole film's usage of camera movement is much more subtle in its effect. The sweeping motions of the camera break dialogue conventions, giving the audience no room for comfort in the presentation. The editing serves this purpose as well, which is most effective in the fast-motion shot through the woods. The erratic editing choices turn Antichrist into a horrible nightmare, and it only intensifies the longer it stays in the woods. The editing is so impressive that it manages to overcome my pet peeve of slow-motion, and its effective use of that makes the opening scene one of the best I've seen.

Every visual piece, down to the subtle morphing of the forest, makes Antichrist a nauseous experience even when there isn't anything grotesque on screen, and it works that to its advantage. However, this recent rewatch drew attention to the audio. The sound design is foreboding and supernatural, creating this aura of a looming danger. Some animal sounds feel out-of-place, but it's masterful apart from that. The audio and visuals come together to create a one-of-a-kind experience in disturbing imagery and artistry in eliciting as many negative emotions as possible from the viewer.

It's through minimalism that Antichrist explores some of the deepest, darkest themes any narrative piece could convey. Not only does it delve into a variety of religious motifs that I don't know enough to comment on, but it also explores ideas of holding onto grief and a mutual hatred of the opposite sexes. The two nameless representations of he and she (played flawlessly by Dafoe and Gainsbourg) show their mutual indifference before devolving into violence. Despite accusations of misogyny thrown toward Antichrist, it doesn't shy away from the vile tendencies of man. Seeing the mentally unwell she as a thing to fix, laying her despite knowing he shouldn't, and the unhealthy need for control. Despite being a therapist, there's still no resisting these concrete mannerisms. Antichrist is a universal condemnation of these negative characteristics and the destructive effect they have on society as a whole.

These explorations of religious motifs and the flaws of humankind itself, they all reconvene under this idea of evil. It is real; it is cruel, and it's waiting within us all. While we're able to keep it out of our daily lives in some way or another, Antichrist is a brutal showcase of what happens after it's unleashed, including all of its depressing, grotesque consequences. This piece of art is only for those who can handle crushing bleakness and brutality. However, for those who can handle it and especially those who love making interpretations of art, Antichrist is a must-see. Whether it's an exploration of religion, of mental illness, or of evil itself, Antichrist is unquestionably its own experience.