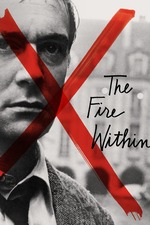 Alain (superbly played by Maurice Ronet) is a recovering alcoholic at a rehabilitation clinic in Versailles who also suffers from depression. The film begins with Alain and Lydia in bed together, the friend of his estranged wife, Alain believes she is the only person that can save him from his demise. She begs him to come to America with her but he adamantly refuses while adding that "I'm not eager to face life again" while maintaining that life as a patient is structured and uncomplicated. The last thing that Lydia says to Alain was that "I know I am leaving you with your own worst enemy, yourself" Alain spends his days in his bedroom pacing up and down while contemplating death he adds that "Life flows too slowly on me. So I speed it up. I set it right." and "I'm older. The hopes are gone, but I have certainties now." His room is full of paper clippings of tragic deaths and photos of his past loves. He even has the date of when he will commit suicide written on a mirror, so why didn't the staff spot this is beyond me. There is a hole in Alains heart where the cancer of the soul has reached, he feels he is incapable of loving or being loved so he states "the sensitivity was in my heart, not my hands". Shortly thereafter the clinic doctor visits him in his room and tries to explain to Alain he can't keep him because he is recovered but Alain rejects those claims and insists that he will fail on the outside, so Alain tells the doctor that he will leave the only place where Alain felt he fit in. Alain leaves the clinic and sets out to rekindle lost friendships and find a reason to continue living but Alain is dismayed with how his friends are leading their lives and a perfect example of this would be where he met his friend who studies Egyptology where he confides with his friend that "I drink because I'm a bad lover" and how he feels that alcohol was in his blood long before he knew what alcohol was when his friend tries to find out what is behind his unhappiness but he painfully admits that "One day I realized I'd spent my life waiting. For women. Money. Action. So I drank myself stupid" He later remarks to him that "You've spent the last ten years in gilded mediocrity". I find that remark interesting because this man is married with a few children and has a career but through Alain's eyes this is not what constitutes a happy life, maybe it is the depression that was talking but I found it remarkable. The café scene is overwhelmingly poetic where Alain who shortly after meeting with some more friends sits back and observes life unfolding right before his eyes and people enjoying themselves so he feels guilty that he is not enjoying himself and of course the only place where Alain found happiness was in alcohol so he drinks the alcohol that was left over and a tide of relief and sorrow hits his weary heart and metaphorical floodgates open to him so he steadfastly consumes more and more alcohol where it has got to a point that a person that knew him remarks that he use to be a good looking man, that sent shivers down my spine. Another poignantly devastating scene was where a group of his acquaintances were having a dinner party and at this stage Alain was in free-fall because up to then he couldn't see a reason to continue living and his time was shortening so under the influence of alcohol he couldn't understand "The peace of mind of these people!" so he tries to convey his frustrations about life to a beautiful woman that he had taken a liken to, he insisted to her that she can make him happy, " You can work miracles. Touch the leper!". It is around this point that he confides what he feels like are his inadequacies to women are "Five minutes with her and I'd feel like an insect. I'd vanish into the woodwork." So he confides in himself that tomorrow he will try with death and abruptly leaves the dinner while a man follows him where he regrettably and painfully concludes that "I'd have liked to captivate people, hold on to them, bind them close." It all builds up for Alain as he falls further and deeper into a existential crisis as the film comes to a shocking and devastating ending. But what other way could it of ended for Alain? Many will feel the film is a metaphor for not wanting to grow up and I can certainly see what they mean. Take for instance the poignant scene where Alain is pondering while observing the local children play. Erik Satie provides the viewer with the stirring provocative score that so eloquently fits the mood and atmosphere of the film and really gives it an extra boost. From beginning to end the film is riddled with poignant utterances about angst, depression, addiction and worse. It is the ultimate film about depression and suicide and it goes beyond being just a film. It is an experience.