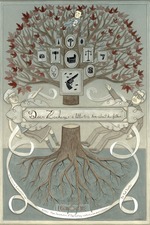 Dear Zachary: A Letter to a Son About…

I really can't say I "liked" this film. I really can't say I would ever watch it again, or at least not for quite awhile. I really can say that Dear Zachary made me so unbelievably mad that my heart is still running almost as fast as this film's breakneck pace did. This simultaneously heartbreaking and infuriating documentary starts off with both feet running and doesn't stop until your emotions are reduced to either rage or uncontrollable depression. I think I'm in between the two at the moment, as my breath is short and I'm on the verge of sobbing.

To be honest, I was very hesitant to watch Dear Zachary at all because I simply have no interest in any documentaries. I know that sounds weird, but I've never really been interested in most of them. All I ever heard about this film was about how overwhelmingly depressing it is, or about how unbelievably angry it made some people feel. Now I know exactly what they were talking about. If you're not into documentaries, I can guarantee that you'll be sucked into this film faster than you could ever imagine, and by the end, you'll either thank or hate whoever recommended this film to you (or even both, perhaps). This just put me in such a post-traumatic shock that I seriously don't think I can write anymore on it without losing my composure again. It's on Netflix, just.... watch it right now, if you have 90 minutes to spare. Please. I promise you it's an experience you will never forget.