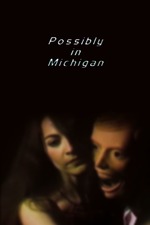 As if the Wolverines weren't enough of a reason for me to avoid Michigan. Never go there, kids, everyone will try to eat you for their next meal. Very very low budget, very broken narrative, the film's dialogue was mostly singing, which was out of tune frequently, but that didn't matter to me. The singing and the background music just made this film that much weirder. I guess I shouldn't be so harsh, since this was a project film. But it's Michigan, so I have a bit of a pre-programmed distaste for them, as a born and bred buckeye. It was an interesting concept, but it was very cheaply executed and the narrative was so poorly designed. Some of the singing made it difficult to understand what was going on, I love some acid trip films but this just was a bit too much for me.

The Bride with White Hair