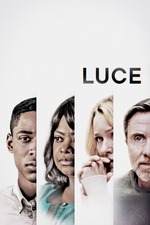 I enjoyed this movie a lot but I can admit it goes a little far to the point where it just feels a little ridiculous. The cast was pretty fantastic but I will admit that I found certain aspects of this film to be very annoying and kind of on the nose. Like this movie is supposed to be unpredictable but a lot of times, I found it to be the exact opposite making a lot of the reveals and big suspenseful moments not hit as hard as they should have.

I did like some of the thriller aspects of this film but I think being more of a political kind of heartfelt drama is where this film excels the most because you'll probably find yourself more drawn to those moments and more focused on the film. I also feel like this movie can find itself being quite generic and because of that, it can be boring and just not interesting. Really without this cast, this film probably wouldn't hold up as well. Though some of the writing and directing can be fantastic at times I felt like I watch straight up watching a life-time film and sometimes that effort put into the film felt deflated.

This film does have heart tho and the intentions feel genuine but the message feels foggy and messy at times and the execution of this film could have just been a lot better. Like I said I did enjoy a good chunk of this film and found myself pretty into it and entertained at times but the mistakes are so obvious it's easy to get taken out of the film. With that being said I still think this could be a good film for people to watch because it does try to talk about and shine a light on important issues and ideas that when done right come off incredibly and adds a lot of great emotional value to this film! I'd recommend this film to most people especially people that like thrillers/political dramas.