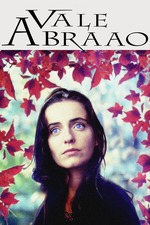 It was decent. The cinematography is often gorgeous and unmatched. The acting was pretty good too, I would praise the performances from every actor here.

For me however, this is just a concept I'm bored by, for I've seen it numerous times covered in French New Wave and Luis Bunuel films. A very beautiful woman with a weird neck gets married and explores her sexuality, love and morality. Now I'm not the kind of person to get bored by an old concept, if the filmmaker does something with it in a new way. Pure originality is scarce and nearly impossible as artists are influenced by others all the time. I was more than happy to see this premise played out if, however, it was done in a new original way, and that's where the originality factor comes in for me. I can watch every Ozu film and despite them having similarities, it never felt like he made the same movie over and over again.

In addition, this film is three hours long! Something that wouldn't normally bother me, but it's a length that I don't feel is earned. There's even a narrator in this movie, who you would think shorten the length as he delivers quick details to us, but no somehow he still doesn't help manage to make my time go faster. And there is a lot of narration in this movie, which makes you feel like you're reading a history book instead of watching a film with a story and characters. A big problem I have with this movie, is that it doesn't show, it tells. We don't even see much of our protagonists affairs. We never experience what the characters are feeling or going through, rather we're told what they're feeling, or what they did offscreen.

I predicted the ending as they kept hinting at this thing that might happen throughout the movie. No spoilers, but I thought it was hilarious. There was one funny scene in which our main character causes a car accident and I was hoping the film would go down the comedic route but it never really did, unless the ending was intentionally funny.

So the visuals are definitely what held me in my seat, even though I would hesitate to call this a visual film. It's just a story about some rich, trophy wife, who feels lonely so in order to find love she cheats. A lot of people still like this movie so see it if you want, but I think you'd be better off watching "Belle De Jour"