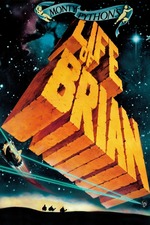 I don't know if this happens to anyone else but sometimes I get depressed over weird things. Specifically regarding this review, I'll think about history or I'll read about cultures of the past and the fact of just how cruel, life and humanity can be sinks into me. You can look at modern cultures and see how women are treated, or how people of another faith are discriminated, but of course worse things can happen and have happened. Mass genocides have been attempted too many times, conquering of cities and slaughtering of innocents just for power and the glory of your leader. I'm sure we're all aware of these, but like I said it really eats away at me for some reason. Like, if people had suffered so poorly for thousands of years, how do I know that I'm not free from anguish? I start to think that I don't deserve what I got. What makes me special? Nothing. I'm no different than anyone else, but why do I have it so much better? If God looks out for people, why did so many families suffer? If he protected me, why didn't he protect them? It makes me beg many existential questions. That I may not have a purpose. That if everyone is so special and can live a great life, why were so many of them robbed of their freedom? I can quickly be robbed of my privilege and freedom, and that scares me.

"Monty Python's Life of Brian" however steps in and comforts me in my despair. It takes history, tragedy and suffering and eases the pain of thousands of years with a format I love so dearly: Comedy. It lampoons the very powers and ideologies that people were under rule of in these not-so-fun times. And they do this in the most silliest way possible with their trademark surreal and nonsensical humor. Yet their stupid humor is utilized oh so brilliantly. Brilliantly stupid is what I would describe Python as a whole. For those that saw "The Holy Grail" and decided that Monty Python wasn't for you, I implore you to check out "Life of Brian" You may find it more offensive and crude, (I personally don't) but more sophisticated and easier to get somewhat of an experience out of it. There's plenty of dark humor, lots of people die in this movie, but the joke is never that 'someone died', it's how they died and for what reasons. Whether it be two resistance groups with the same goal but wanting the glory, a priest being stoned by bearded women, or a suicide brigade, you can deconstruct just what Monty Python is getting at here, and despite their brand of comedy often being far from reality, it makes great commentary on people and the worlds they live in. Despite being juvenile, it's the ultimate form of criticism these so-called serious structures can endure. Mocking what is supposed to be esteemed not only belittles them, but boosts our own spirits. Comedy is a great tool for satire and new perspectives and Monty Python uses it just to show how ridiculous this all was and hopefully, as a society, we can learn from this film and move away from those behaviours. That history itself was just as absurd as Monty Python's jokes. It was full of wacky incidents, caused by even wackier people, so juxtapositioned with such respected authority with oddball and off-colour humor (Colour spelled with a 'u' because this is a British movie) goes together like PB and J. It's Monty Python patting some privileged, pathetic American like me on the back and saying "You're not alone" but they retaliate the terror, with humor and laughter just as the final scene chants with the catchy and uplifting "Always look on the Bright Side of Life"

Monty Python is famous for rejecting punchlines in their skits. To sit through a five minute skit and not laugh until the end was absurd to the comedy troupe. They decided that the whole idea needed to be funny. Before this jokes were often delivered in the typical vaudeville way of 'Setup, Punchline', but what if comedy could come from more than just one simple formula? This technique has been adopted by nearly every comic writer or performer afterward. This creative counter action Python created may not seem new to you, but it was revolutionary for the time and changed comedy forever! And you can see this technique all throughout "Life of Brian". What makes this film one of the greatest comedies of all time, is the ideas are funny. Characters are entertaining to watch, situations are hysterical to witness being played out, and the concept of the film as a whole is just hilarious to think about.

While Mel Brooks was parodying movies and entertainment, Monty Python was parodying real life, history and logic. They questioned logical fallacies in the Bible as if they were satirists questioning logic in a Star Wars movie. How can the people in the back hear Jesus? What if the whole messiah was a mistake? How do we know for certain what really happened? The crowd gawks over a sandal Brian leaves behind and claim it as a 'holy sandal' which is just as ridiculous as coveting a 'holy grail' merely a cup that Jesus drank from. And this is the core concept of what you can often find in "Flying Circus" what if facts are wrong? The Python's aren't trying to start some conspiracy theory, rather they're following the rule of Socrates that "The unexamined life is not worth living" Question everything: authority, you're mind, you're soul, facts, and even God.

Which leads me to my next point about the obvious controversy the film gained for mocking Christ. And here's my take on it: "Life of Brian" is not a satire on Jesus, it's a satire of people's misunderstandings. The film is full of misunderstandings and starts off with two of them. The Wise Men get lost (they had only a star to follow) and then the crowd at one of Jesus' sermons can't hear him clear enough. "He said blessed are the cheese makers" "The cheese makers? What makes them so special?" And then of course comes the giant mistaken identity of Brian as the true messiah. He tries to give advice to the people, however, they're so misguided that they either misinterpret his words or just continue praising him, convinced that he's the messiah. Then when he's crucified, those around him decide to sanctify his death as something symbolic rather than save him. Did this happen in real life? Most likely not... but wouldn't it be funny if it did! And that's my other point is that on top of all the controversy, the movie is regardlessly funny, and I think if you put your preconceived notions aside for a bit, you can just laugh and have fun. Eric Idle wanting to be a woman, Roman soldiers searching a house unable to find anyone simply hiding in plain sight, and returning with only a spoon. And I don't care how old I am, anything Terry Jones says in his old woman voice as Brian's Mom, will always be funny. It's one of the most hilarious voices and just thinking about it cracks me up!

Terry Jones stated that the film isn't a criticism of Jesus, but rather the people who followed him. How they went to wars over what their savior said about love and peace. Which you have to admit is pretty ironic and funny in a way. The people's lives are so miserable and they're so desperate for anything, that they've convinced themselves that this man is the true messiah. It's a tragedy from their point of view, but from poor old Brian being chased left and right by just about everyone in the movie, it's a gut-busting, comedy! "I'm not the messiah!" "Yes you are! I should know, I followed a few" It's a weakness of mine to see history played out through a modern lens. To see people talking a certain way, or to be doing things we do today that they obviously didn't do back then, like Brian selling Peanuts at the coliseum.

The ending is perfect and is one of my favorite endings! At first it seems a rather dower note to end on, the direction the film seems to be going. Brian is abandoned by all his loved ones and left to die. And despite laughing the whole way, the film almost seems a bit bitter, with all the deaths, and leaving this society under strict rule. Monty Python wanted to leave the audience on a more uplifting note, so they chose a few notes to end on: Musical notes that is. When Brian is at his lowest, Eric Idle, a fellow crucifee, cheers him up by singing the classic "Always Look on the Bright Side of Life" I love this song, and I love when films add original songs. It's perhaps my favorite part of "Life of Brian" and creates a memorable impression. I've listened to this song over and over again, and it's so good! It's corny, but that's the whole point. A bunch of people sentenced to death on a cross bursting out into a happy song is hilarious, but also uplifting. Their lives sucked, the world sucks, history sucks, life just completely sucks! But after sharp satire and witty gags, Python reminds us of their thought process while making this movie, to always look on the bright side of your life. Bad things have happened to me, and more bad things will probably happen to me in the future, but as a lover of comedy, I'm going to do what MP does best. Laugh! Fight it with laughter, and joy! Does injustice and death bother you? Laugh at it! Make fun of how silly the circumstances are surrounding the controlling systems, and the sheep minded people. It may seem crude, dark, and of course blasphemous, but we won't let the doldrums get us down. We've moved beyond the past and won't let it depress us or hinder our own development. It's cliché absolutely, but I like it. It adds a certain innocence and playfulness reminding us that this film is fun before anything else. That when we're being tortured, by our debtors or our self-destructing thoughts, we should return to that silly, jolly and care-free song that is incredibly damn catchy (I've been whistling it all week, and will probably whistle it for another) That after all the mess we just went through, we need be reminded not to let it get us down, but rather look on the bright side. You are where you are, so make the most of it. It was the perfect way to end the film.

And that's what "Monty Python's Life of Brian" means to me. Brilliant jokes one after the other, using the art of comedy to challenge others worldview. Trying to make sense of this confusion known as life: the only thing more absurd than Python's bizarre sketches. It is Brian, the only seemingly normal person in this whole world, wanting to be left alone and live an average life, but being pestered and nullified, by Romans, Jews, his Mom and anyone else around him. In the end life gets the better of him, but he's reminded to look at the good parts of his life, and laugh at the horrendous parts of it. It might just be crazy, but that's how the mad, stay sane.