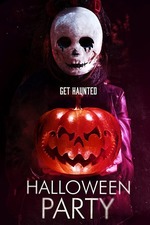 This was much better than I expected it to be. Thrusting a kind of “The Ring” watch this and die trope into the age of memes by way of an indie horror “comedy”... or at least a bit comedy adjacent.

It works better than you think it would however it’s 100% not fully fleshed out, specifically the finale which feels very rushed.

There are some moments where the comedy aspect landed and I could appreciate what they were going for. However, there are also some points where I was not sure if it was supposed to be serious or if I was just not getting the joke... and as expected some unfortunate moments of cringe.

Tonally, it feels a bit all over the place but it’s still decent and surprisingly watchable.

Or maybe I’m just a sucker for Halloween themed films.