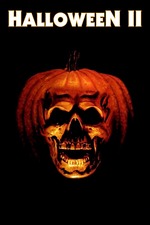 Far more ghostly and quiet than Carpenter’s original, several sequences only punctuated by the inevitability of death

Whereas the first painted Michael Myers as the spectre just outside your depth perception, now that his indestructibility has been established numerous shots place him head-on; the Myers here is an imposing impossibility; the scene him walking straight through the glass doors is terrifying

Setting it seconds after the original is a fantastic storytelling move; Haddonsfield, Loomis and Strode are barely able to reckon with Myers’ violence, and that’s why they’re unable to stop its constant force. Loomis’ assessment that Myers is not human but an animal is his fatal mistake