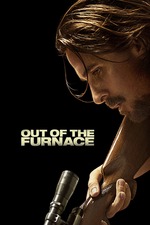 Out of the Furnace

Out of the Furnace is a slow-burning, sometimes explosive, revenge thriller that, candidly put, doesn't deserve the acting talent it uses. The performances from Christian Bale, Woody Harrelson and Casey Affleck are outstanding and are worthy of being in a film that's better written and makes the most out of their involvement, because Out of the Furnace simply doesn't, it's too much of an unoriginal, average and predictable thriller. Any merit the film has is due to the performances which therefore make it a perfectly enjoyable revenge tale. The brotherly scenes between Bale and Affleck are executed well and give the film the emotional weight it needed to pull the trigger on the change of mood when the plot shifts. Generally, I thought the film was okay, and there were spots that I really enjoyed, but overall it's nothing special and rather bland in places. Without the talent involved it'd be an incredibly forgettable film.