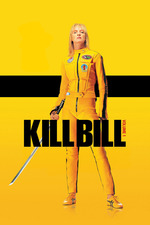 So yeah.... honestly, say what you want... I am actually so offended by people saying this is a classic fuck boy white dude basic film?????????? I saw this film for the first time when i was 11 years old, and was just a normal girl, who saw a film, about another girl kicking men's asses, and after it I've never been so honored to be a women, and so excited to kick men in the nuts. So yeah, suck my dick this film is amazing and white basic fuck boys dont deserve this.

With all that being said, this film brings me so many memories. Like I said, I saw this at a very young age (there were some scenes I even didn't see because my dad covered my eyes because they were to graphic or could be traumatic) but yeah, ever since I was eleven this film was my favorite. And it will remain my favorite, not only because is the most enjoyable film of all time, brilliant and intelligent, with wonderful cinematography, acting, coreography and action scenes, a film that woke me up from a long dream where all I would consider good where stupid rom-coms, and the Hannah Monatana movie. Directed by a men that continued to inspire me and my love for film making, and acted by some of the most beautiful women I have ever seen in my life. I will never stop pointing things I love about this film, every single watch I fink another one, and another one, because the perfection will never end. Words will never be enough.

I grew up loving it, thanks to my dad who introduced me to cinema, Tarantino, and this film in particular. I think it was one of the first, of many, times my dad said to me "there is a film I love, I want you to check it out" and since then, my life actually changed, because film started to have a new meaning. And I am actually tearing up right now because we have been through so many films now that he loves and so many memories, but I would never forget our first one. So this film is not only my favorite because is the best one evers created, it reminds me of my dad and the love for cinema we get to share and expierence together. Years after, my little sister was old enough to see it and is now her favorite as well, so in my house hold we literally have so much love for this film, we may not be entierly sane.

To wrap this up, this film is absolutely amazing and my favorite thing in the planet and if you don't like it, then I honestly will never like you :)