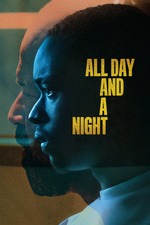 All Day and a Night

All Day and Night is a drama that centers in on Jah, played by Ashton Sanders, and his upbringing in the streets of East Oakland. The story and events of the film might feel familiar to most hood dramas you could think up, but there’s still a lot to adore with this movie.

First off, Ashton Sanders kills it. He’s definitely one of my favorite up and coming actors. His display of raw emotion and acting chops never disappoint for me. Yahya also has a cool minor role in the film and I like how he portrayed it as well.

I personally really enjoy movies that take place in the Bay Area since it’s so close to home. Other dramas that center in on Oakland like Fruitvale Station, Blindspotting, and Kicks are some of my favorites. One of the best things about this film is the soundtrack. It touches on a lot of Bay Area rap, which I personally listen to quite a bit. The soundtrack has Mac Dre, Too $hort, Mistah Fab, Mozzy, Kool John, E-40 and SOB RBE.

Here’s a list of movies I ranked that take place in the Bay Area: https://boxd.it/5mqsq

It was just added to Netflix yesterday and it’s worth checking out.