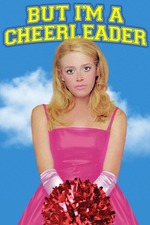 the thing that strikes me the most about this film at first viewing is how the harshest pieces of homophobia don't come from westboro baptist-like bigots (actually sent up in a funny way as part of the "process" when Megan arrives to true directions). it comes from the people who promise with bright smiles that they're here to help and really, they love you and they just want you to be normal. it's from the parents who praise Megan's progress and then tell her if she can't "cure" her gayness, she might as well not come back home. it's from the friends who stage an "intervention" for you because you like girls and staring at girls and have pictures of girls in your locker and apparently that's a problem. it's all the well-meaning bullshit that just causes more pain but as gay people, we're supposed to push that down and deal with it because they're "learning" and "trying to help" and "really can't you tone that, down? it's just a phase. you'll only be into boys one day."

what a goddamn difference it makes for this to be directed and made by LGBT+ people. there are those who intrinsically get all the parts that are heartbreaking and difficult about existing alongside others who can never understand (or don't want to understand) who you are. sure, it's hilarious to hear rupaul claim he's an ex-gay but the humor isn't what sticks with me. what i do remember most strongly is a scared boy claiming that he is who is as he's forced out of a camp that told him they could fix him. what i do take away are two girls, clasping hands, unafraid even though they should be.

the movie's kitschy and bright and seems more akin to a frothy coming of age than a story about something as brutal as gay conversion camps (and this film is brutal- just as brutal and sad as it is funny.) i'm glad that this film can look into the face of oppression and laugh at it. resistance in the form of truly being happy, especially when people claim you shouldn't be, is more powerful than we can imagine.