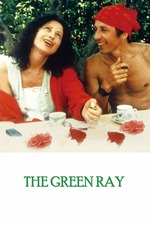 It's funny how virtually every review on here is some variation of either "she's literally me!" or "the protagonist is so annoying!" with very little in-between. That said, Marie Rivière saying "a lettuce is a friend" is both a meme and an accurate representation of 90% of the women I've dated in my life.

This film is also the prototype for 90% of mumblecore films made between Funny Ha Ha and Frances Ha, probably because it feels so deceptively effortless. But of course all of them fall short because none of them are Rohmer. It's also the all-time great vacation film, precisely because it's about going on vacation and being perpetually disappointed.

I Stayed in Berlin All Summer