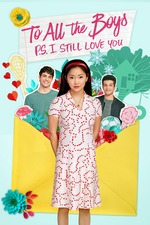 where is kitty's emma spin-off?

somehow, the charm has diminished compared to the first one. i actually prefer the 'quietness' of the prequel; they didn't want to waste the song rights they bought, no? i'm not implying anything but maybe it's because they replaced the female director with a male one... sound familiar?

as someone who read the books in my late teens, i was always a john ambrose mcclaren girl. book lara jean described him as a young robert redford... but like whew, love to see him materialize as jordan fisher here! (he writes in cursive too... hot)

and oh yeah, it was the ghost of john ambrose (from his past life) who personally delivered lara jean's letter, but we don't talk about that! -1 for go hounds! they should've been tigers.