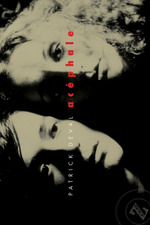 It's time to abandon the bright lights of the civilized world.
It's too late for attempts to be reasonable and educated.
Which, in any case, makes life highly unattractive.
Whether secretly or not, we must change completely or cease to exist altogether.
The world to which we belonged gave us nothing to love beyond the inadequacies of each individual.
One's existence is limited by one's commodities.
A world one cannot love to death represents nothing more than an obligation to work.
Compared to previous worlds, it is hideous, the most ill-conceived of all.
In previous worlds, one could lose oneself in ecstasy, which is impossible in this world of educated vulgarity.
The advantages of a civilization can be measured by the ways in which men profit from them.
Today's men profit from civilization by becoming more degraded than all of their predecessors put together.
Life always seems to be tumultuously incoherent — its grandeur and its reality to be found only in ecstasy and in ecstatic love.
He who ignores or misunderstands ecstasy is an incomplete being whose thought is reduced to mere analysis.
Existence is more than a restless void.
It's a dance that forces us to dance fanatically.
When the object of thought is dead and fragmentary, the thought itself has an internal life, like that of a flame.
There is no point in responding to those who believe that this world exists and justify themselves accordingly.
When they speak, you can see them without hearing them.
And even if you look at them, you can see only what exists far in the distance behind them.
There is no point in exciting oneself "en route", trying to attract the attention of those who have only vague desires such as wasting time, laughing, or become eccentric.
You have to advance without a backward glance, paying no attention to those who haven't the strength to escape their immediate reality.
Humanity overextends itself, trying to be the raison d'etre of the universe.
If it becomes vital to the survival of the universe, it becomes a slave.
An unfree existence is an empty, neutered existence — and a free existence is in danger.
As long as the earth engendered nothing but cataclysms, trees, and birds, it was a free universe.
Liberty's gleam became tarnished when the earth produced a being who placed the laws of necessity above the universe itself.
Man remained, however, free from necessity.
He is free to resemble everything in the universe that he was not.
He could ignore the thought that it was either God or himself that prevented everything else from becoming absurd.
Man escaped his own brain as one escapes from a prison.
Beyond the confines of his own identity, he discovered, not God — who represents prohibition —, but a being who ignored all prohibitions.
Beyond my own identity I discover a being who makes me laugh, because he has no head, who fills me with anguish, since he consists of both innocence and crime.
He holds a weapon made of iron in his left hand, flames which resemble a sacred heart in his right hand.
In the same burst of energy he unites birth and death.
He is neither man nor God.
He is not me, he is more than me.
His stomach is a maze in which he has lost himself, in which I lose myself with him, in which I find myself as him, in other words, a monster.

The Sadness Will Not Last Forever