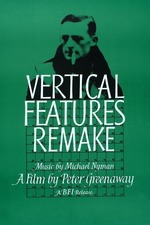 (according to a book called “The Subterranean River of Cinema”) the first ever structural film is a 1800 meters long-n-straight Waldstein alley of lime trees (in between two Bohemian towns: Jičín and Lomnice nad Popelkou) planted in 1631. reasoning substantiating the fact is as follows...

around 1800 it was discovered that behind many epileptic seizures of ppl who travel in a carriage (driven by horses) is a coincidence that these seizures occur while passing through an alley of trees (low evening or morning sun + alley of trees = flicker effect inside a carriage’s cabin = epileptic seizures). the flicker effect is one of the defining attributes of a structural film, cuz structuralists in their search for patterns pay high attentions to “pauses” or “gaps”. thus within structural films are often inserted blank/black frames to give certain metrics to a film flow. and repetitive shades of trees in the morning or evening sun can serve the same purpose. considering an average speed of a horse carriage and a lenght of the alley, 1800 meters long Waldstein alley can provide within a dark cabin of a horse carriage about 5 min long structural film experience (similar as f.e. watching in a cinema 7 min long "Arnulf Rainer" by Peter Kubelka). despite the lime trees don’t grow fast, i still expect Waldstein alley (planted in 1631) could provide a structural film experience already within 17th century (i.e. long before Lumiere brothers and alike).