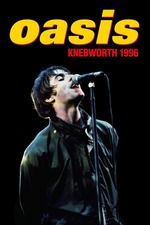 I’m sure a lot of this has to do with perspective but I don’t think there are any cultural icons after the 90s that have figured as prominently in the consciousness as Biggie and 2Pac, Oasis and Nirvana, etc. And it’s hard to pin down exactly what I mean by this but there is an incredible satisfaction to the meteoric rise of an act like Oasis or a director like Tarantino. There is something unvarnished and genuine and untouched by industry. This documentary draws heavily on the sentiment that Oasis were a pair of working class lads who lived for the moment and the immense national pride that they evoke brought a damn tear to my mind several times watching this. At the risk of over-mythologizing an event already loaded with cultural significance, I’m moved that 2% of the entire country applied for tickets and the image of British teenagers receiving their tickets in the mail like a fuckin Hogwarts invitation. Can you imagine?

Not a particularly good documentary unless you love hearing “There were loads of people, it was absolutely mad! I’ll never forget it!” 20 times over the span of two hours, but I do love hearing that and I thought it was beautiful.