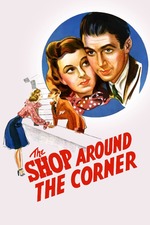 I met my wife, Lise, through correspondence. Over 100 pages of e.mails through the entire month of August, 1999, before we finally met up on August 31st.

After our first perfunctory exchanges about who we were and what we liked, .. me: bands, biking, mixtapes and movies … Lise: bookcases, throw pillows, dogs and cats, and, amongst a list much longer than mine … ‘talking about movies’. Bingo.

Our next set of letters was all about the movies.

My immediate impression upon receiving this reply was that 1. Lise appeared to have great taste in film, and 2. She had a bit of difficulty with counting. But we already had a common bond. I wasn’t great at counting either.

The other common bond that developed over those pages was our shared sense of funny. Absurdist, dark, and often rather mean humor. Flash forward a few years and we’re reading the Sunday paper. Lise spotted an ad for the upcoming Second City show … ‘Piñata full of Bees’. We both laughed so hard that I think Lise had an asthma attack and almost threw up. ( We went to see the live show, and didn’t find a single skit amusing, but the rest of the audience was rolling in the isles. When the Piñata skit rolled around .. we were the only ones laughing )

Then the faithful day arrived. Meeting Day. I invited her out to a Blue Jays game. I said I would meet her in front of gate 5 at 6pm. 6pm came and went. Now 6:15, then 6:30 passed, too. Was I being stood up? Lise didn’t have a cell phone, and her home number went un-answered. Then, at 6:40 I see this woman storming towards me. ( we had each seen a single photo of each other ). I knew it was Lise. She looked exasperated and the first words out of her mouth … ‘Have you got a smoke?!’ She went on to tell me how she witnessed some guy whaling on a homeless person in the middle of the street, and that a crowd was standing around watching. At that point, apparently, she jumped on the guys back with her arms around his neck trying to pry him off until some suit appeared from the crowd and shouted ‘It’s OK, I’m a lawyer’.

Not quite the impression I had of the quiet, funny, Philosophy Doctoral Candidate who likes throw pillows and kitties, and is picky about her coffee, from our missives.

Things didn’t go much better once we got inside. Being nervous in general, and rather caught by surprise with the blustery appearance, instead of continuing on one of the threads in our letters, I just started going on and on and on about friends and family and business acquaintances in that annoying way where you say, ‘and my Aunt Kay, who’s married to Fred, but Fred’s her second husband, her first husband was Collin, but Collin was a jerk, and …’ you get the picture. Lise was beginning to look at me like I was from another planet. It didn’t help that the Jays were being eviscerated by the Twins. After the 7 runs in the fourth, to make it 12 – 0, things were looking glum all-round, and the conversation was drying up.

Then I remembered from our epistles the mutual love of Belgian Beer, and that there was a place not far that specialized in the tasty Trappist’s. I offered, and the lady accepted.

As we journeyed through the different colours of Chimay, the conversation fell to the familiar; bands we liked, absurdities, and of course, the movies. Laughter came easily, and the evening ended with a kiss (to this day, I say Lise kissed first, and she says I did)

Like Shop around the Corner, if we had only met under these circumstances, and didn’t have our history of exploring each other’s essence through mail, we’re both sure there would never have been a second date. But there was* and another after that, and now it’s been nearly 17 years of simpatico happiness and laughter, and loving the movies together.

All thanks to the Pub around the Corner.

Lise was late for our second date, too. Unbelievably, again because a homeless person was being assaulted. She made the correlation that it was due to her wearing heels and a skirt both times, and has refrained from said practice ever since.