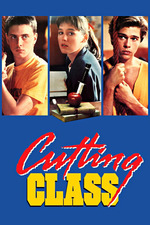 Watched most of this last night, just finished it now... Oof! This one’s a real doozy!
I never thought Brad Pitt was hot, he’s too “jock” or something to me, and I just hate the name Brad... but wow, who decided to call him Dwight???
It weirdly worked for me because I always thought he was an overrated kook and so I think from now on I’m just gonna mentally call him Dwight. When I see his face at the grocery store checkout in those rags that imagine we give two shits if his crusty ol dick is porking Jennifer or Angelina’s “eat a fucking sandwich” body I’m gonna think to myself Hey Dwight.

Once when I was 17 I took acid and jumped on a trampoline with a couple friends for the whole Pink Floyd at Pompeii film. Which is good because after this movie I’ll probably never get on a trampoline again.