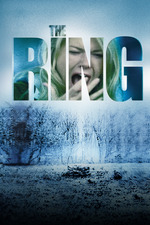 Feels fitting that this series would end up as trashy Blumhouse fare, seeing as it seemingly pioneered a lot of the goofy digi-horror/urban legend types of films (ala Countdown, #horror, etc). It reminds me of It Follows a bit as well, how that taps into a fear of teenagers, instead focusing on promiscuity instead of social media.

I haven't seen the original Japanese film, but even knowing that this American remake is based off of a Japanese story reminds me of how many terrible creepypastas/hoaxes obfuscate the truth by setting its origins in 'far off countries'. Stories like Lavender Town, Momo challenge, the Blue Whale challenge; all of them feel like they're inflected by fears of technology and social media, and this feels like an early example that taps into that sort of moral panic paranoia.

Gore Verbinski is genuinely one of my favourite directors visually. I never hear him brought up in 'most beautiful cinematography' conversations but he feels like he should be included. This and Rango and A Cure for Wellness are all gorgeous.