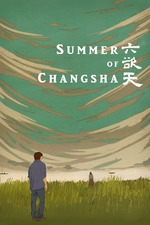 An absolute borefest, a crime drama more interested in the latter than the former. The slow pacing and almost complete lack of emotions lead to a film that, while featuring the occasionally interesting scene or directorial choice (mainly towards the end), ultimately felt like a waste of time and a passion project where the actor/director badly needed someone to pull the reins on him.