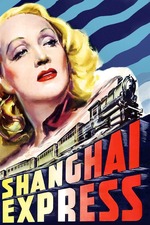 After seeing this, I tweeted some dumb joke that the two most excessive elements in cinema were cigarette smoke and Marlene Dietrich, which is true for even Von Sternberg. Gaylyn Studlar notes “Dietrich is frequently mentioned as an actress whose screen presence raises questions about women’s representation in Hollywood cinema.” She later writes, “Dietrich sexually experienced woman is a paradoxical figure…Von Sternberg’s films complicate this portrait of the woman who knows and accepts male desire. The Dietrich character is more than an object renouncing her own desire. Prostitution defines her as an exploitable economic value, but her rebellious submission to the patriarchy leads her to prostitution to achieve sexual self-identity.” That is all to say, Dietrich is an amazing figure to watch because she seems to know she is being looked at and then multiplies that somehow, filling the screen with her radiance. In what would have been seen as a scorned woman (the director was long gone from Europe by the time street films became popular), Von Sternberg essentially deconstructs that image, where Shanghai Lily is perhaps the most powerful woman in China and almost a myth (even an Other name!), but then Von Sternberg and Jules Furthman imbue her with psychological complexity. And through the narrative, we both see the power and flaws of this lifestyle—can she be forgiven (look at that praying!), or must she sacrifice herself through her past image in order to save her man?

The trick to managing the excess that is Dietrich comes in the form of Von Sternberg’s camera, a series of carefully composed windows, doors, and other frames that create extremely boundary built cinema within the frame. In American Cinema, Sarris acknowledges, “Sternberg entered the cinema through the camera rather than the cutting room, and thus became a lyricist of light and shadow rather than a master of montage.” The film then becomes about how characters move through these boundaries—essentially transgression of both mental and emotional degrees—by moving through these physical frames. Everyone wants to define Madeline as something, contains her in one part of the frame, but Dietrich will always break through. She refuses to explain her actions to Doc – he must fall in love with her not by transcending her past, by making her contained and giving up her ways, but him accepting her as a flawed individual. If people search for transcendence in cinema, Von Sternberg brings it down to the personal – love itself, and acknowledgment of it, is all you need to create transcendence (well that and mise-en-scene).