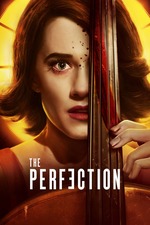 Plot twists just for the sake of plot twists are honestly probably lazier than anything M. Night Shyamalan did in the past few years. They are used so liberally here that even the first time it happens, it already feels like a gimmick. As the plot thickens, somewhere between the second and third twist you (hopefully) realize that this insane course of events makes almost no sense at all. A revenge thriller is fine and all and the cause for revenge makes all kinds of sense but the means with which it is achieved are so oddly constructed. The first twenty to thirty minutes set up a very tense relationship and build a promise for something much deeper and complex but it quite quickly turns south in the most bizarre ways. Fortunately, the two leads are amazing so it isn't a total waste but it's a headscratcher for sure...

Sidenote: there is a shot towards the end that does bring back some of the more daring direction seen earlier in the film, not only because of what it shows but also because of how it is build up, even after the mess that came before it, so... yeah. That's all.