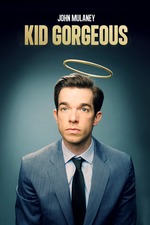 at the fourth point in my kid gorgeous journey I find the only thing left to do is to compile my favourite lines, so here they are for your reading and reminiscing pleasure:

• I said “say more right now!”
• “This is a weird topic and I want to talk about a book I read about World War II!”
• “Why are we even talking about Penelope... or whatEVER HER NAME WAS!”
• Anyway, he was talking and I was waiting for him to be done so I could talk. So he’s “talk talk talk”. Oo it’s my turn next!
• “CAUSE I WAS OVER ON THE BENCH?!”
• I was like 12 years old and my dad walked up to me and he said “Hello.”
• “What would Leonard Bernstein do?”
• I’ve never talked to my dad about that, but I figured I would tell all of you.
• “TELL HIM WE’RE HERE.”
• “I used to smoke craaaack!”
• “So we invite a woman with straight grey hair, in a denim dress, with a wrist cast, and homemade puppets that all have the same voice, to teach you about bullying through skits, and you Ha Ha Ha laugh it up!”
• The Bruno Mars of assemblies.
• Well guess what? You’re adults and he’s not even here.
• “STREET SMARTS!”
• “write that down!”
• “to let them know something hinky is goin on!”
• “he’s not gonna know how to fight back with two little sneakers comin at him!”
• “brush your teeth, now boom orange juice, that’s life.”
• I just got a letter from my college which was fun cause mail y’know?
• “GIVE US SOME MONEY. AS A GIFT. WE WANT A GIFT. BUT ONLY IF ITS MONEY!”
• YOUUU SPENT IT ALREADY?!
• if you’re an adult still giving money to your college, college is a $120,000 hooker and you are the idiot who fell in love with her.
• what is college? idhdbufhbuh? stop going till we figure it out!
• college was like a four year game show called Do My Friends Hate Me Or Do I Just Need To Go To Sleep?
• to receive a four year degree in a language I already spoke.
• “WAS THERE EVER EVEN A GHOST MOTHER? OR WAS THE DEAD VICTORIAN GIRL YOU SAW JUST ME ALL ALONG?”
• “Do you want me to kill that guy for you? Cause it sounds like he sucks, and I will totally KILL that guy for you! Okay see you at improv practise!”
• I’ll get up and be like “what did I sit in?” and it was ME.
• Let’s Not See Each Other For Eight Months And It Doesn’t Matter At All.
• “LADIES AND GENTLEMEN, SALT AND... WHAT’S THIS? PEPPAAAAAAAAAA!”
• “NOAAT FUNNAAAAYYY!”
• “Ummmm does anyone have a laptop charger I could borrow?”
• I don’t know if you read history, but back then people would wake up and go “God it’s the old times... shit I gotta wear all those layers.”
• not a quote but the way he pretends to wave at the ship
• PROOOvE. PRooVe. prOOve. Prove to me you’re not a ROBOT.
• BUT NOW IT’S TIME FOR THE ROBOT TEST!
• “okay, josiah you had something?” “yes I do!”
• thank you for clapping at my political gazebo material. I’m very brave.
• again not a quote but the way he twiddles with the microphone wire and throws it over his shoulder I’ve never related to a physical action more
• “WE’RE WAY PAST THAT.”
• again Not A Quote but the 👌🏻 sign
• “I dare you to do it. I wa- I want you to do it.”
• I don’t remember that in Hamilton.
• “IT’S TOMORROW NOW.”
• I don’t care for these new Nazis and you may quote me on that.
• When I walk down the street I need everybody all day long to like me so much. It’s exhausting.
• “Do you want... a Best Buy rewards card?”
• “No. We all know that. But what do you think (the way he’s holding back laughter) those guys are celebrating?”
• THE BREAD OF GOD IS BREAD HE WILL BRING US BREAD NO ONE BUT THE ONE FROM JERICO CAN BRING BREAD TO BREAD THE BREAD OF BREAD IS BREAD BREAD IS GOD IS BREAD IS GOD IS BREAD IS GOD IS BREAD
• “God can’t hear you.”