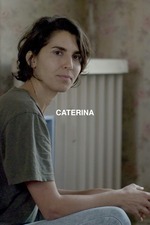 Quite like the idea of responding to the usual notion of a (feature-length) character study, which tends to flow from an overarching dramatic idea, with a short that's essentially a puzzling mosaic of modestly scaled interactions, anchored by the always appealing Agustina Muñoz. The implicit question, posed by the first scene, is, How much of a person would we need to see to sustain our interest in (or involvement with) them, to decide that we would like to form some sort of relationship—as a viewer, as a romantic partner—to them? The unexpected ending is a bold response, not just making clear that Sallitt prefers the mystery of the character, but also short-circuiting our desire to see more of her (thereby proving that we liked what we saw and would like to go on seeing more), and, with the amusing detail of the form-filling (a kind of Truffautian postmodern gesture), affirming the belief that unlike in, say, a pass/fail government form, there is no baseline/threshold for human interest—especially not in terms of a film's runtime—that any detail can be interesting enough. This nonetheless comes with the countervailing notion that such an approach is also untenable, and that to exist in the world and form relationships and stay sane, we must perhaps "freeze out" (to borrow from the not-jealous man in the café) some of our interest in people. In this way, the film is a rather interesting evocation of the instinctive convolutions and concessions of everyday mental life.

All the Corners of the World